Toolset allows you to create forms to connect posts that form a many-to-many relationship.

Before we discuss how to build these forms, we must first understand how forms fit into the site’s workflow. The following several cases must be covered:

Already confused? Let us look at a practical example to understand these cases better and how to setup the forms for them.

Our example: songs and albums

Let us say we are creating a site that lists popular songs and the albums that contain them.  A song may appear on many albums and an album may have many songs. Therefore, there is a many-to-many relationship between albums and songs.

The following table lists the kinds of forms we can create, how they look, and what we must do to build them.

Now, let us review how to create a Relationship Form.

You need to create only one Relationship Form for a given relationship. How you use it with your templates and Views determines whether the form is used to create new relationship connections or to edit existing ones.
Read documentation for version with: 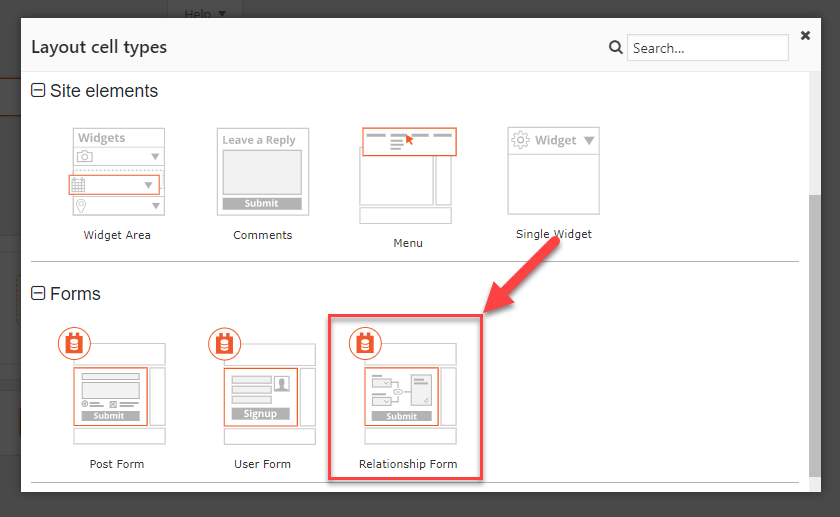 To create a form, first go to the Toolset -> Relationship Forms page and click the Add New button at the top. A wizard will appear and guide us through the following steps. 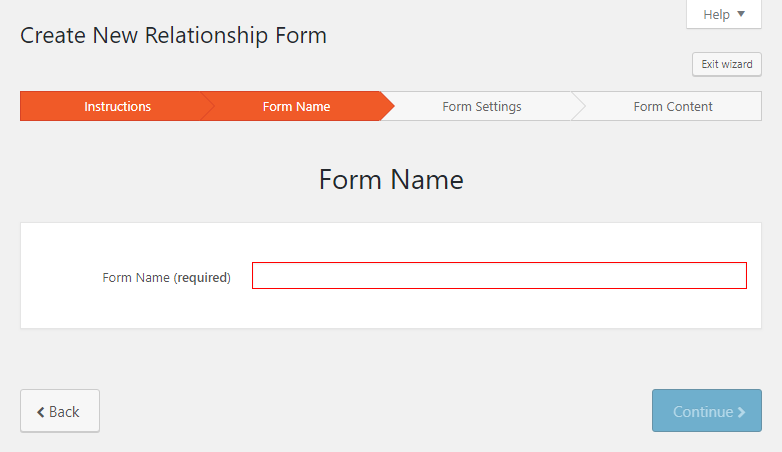 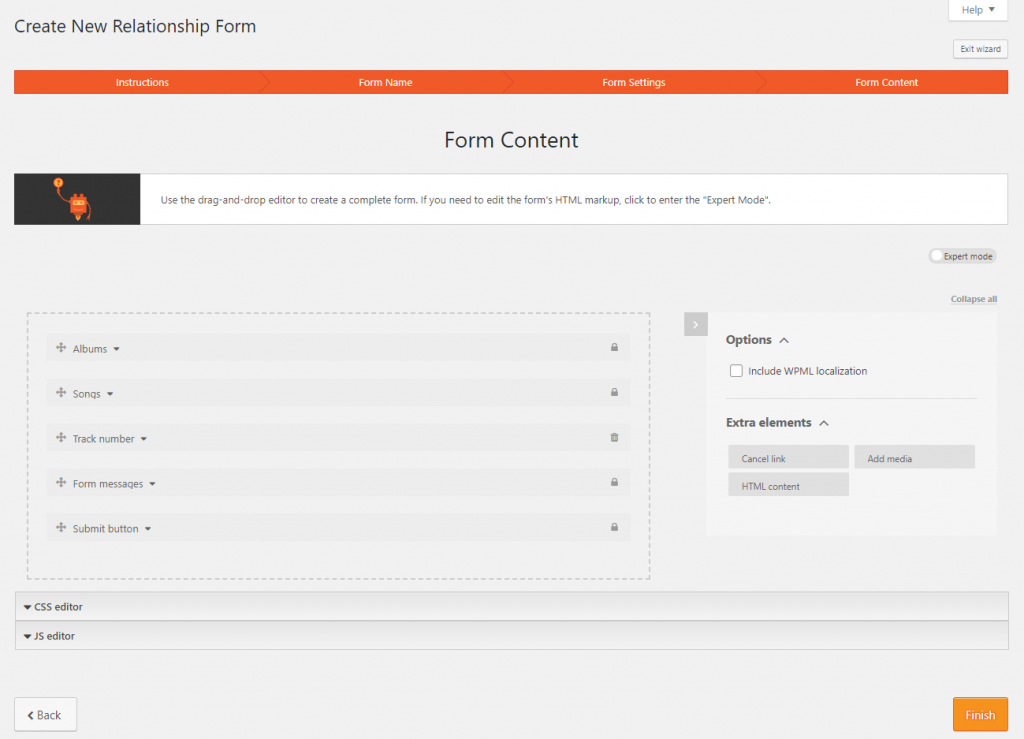 The dialog displays all the fields related to a relationship. We can drag-and-drop fields to reorder them or click the “trash can” icon to delete specific fields. Fields marked with a “padlock” icon cannot be disabled.

Clicking the button on the right side of each field name reveals additional options for that field (i.e., those that allow us to choose how users will select relationship options).

Click the Finish button to finalize the Relationship Form.

Now that we have created our Relationship Form, let us examine how to use it to create new connections between related posts.